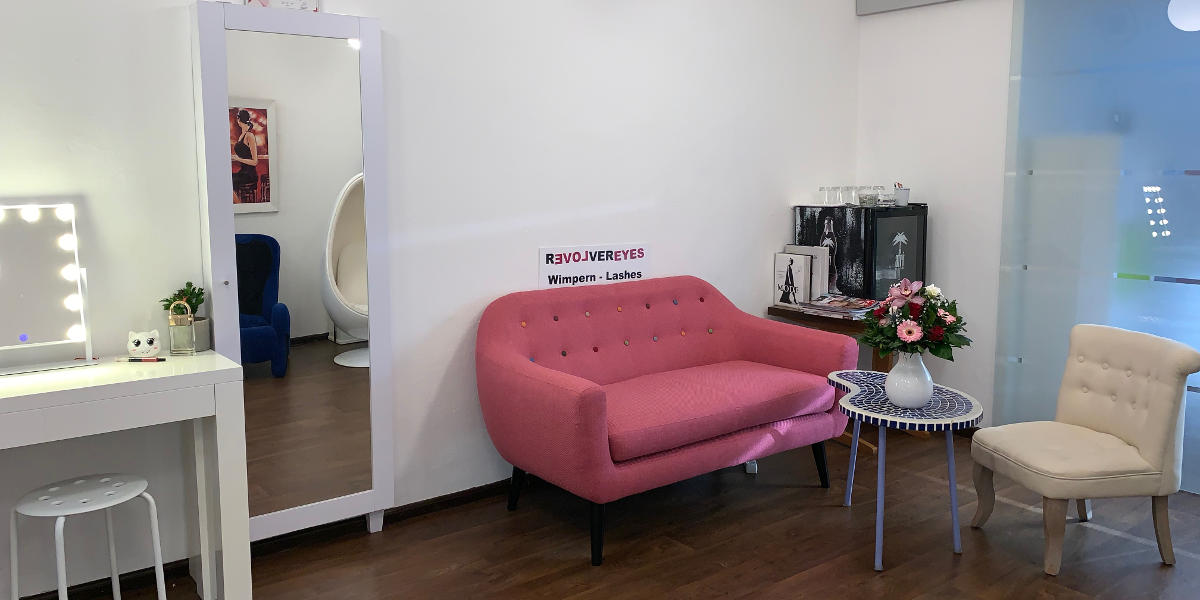 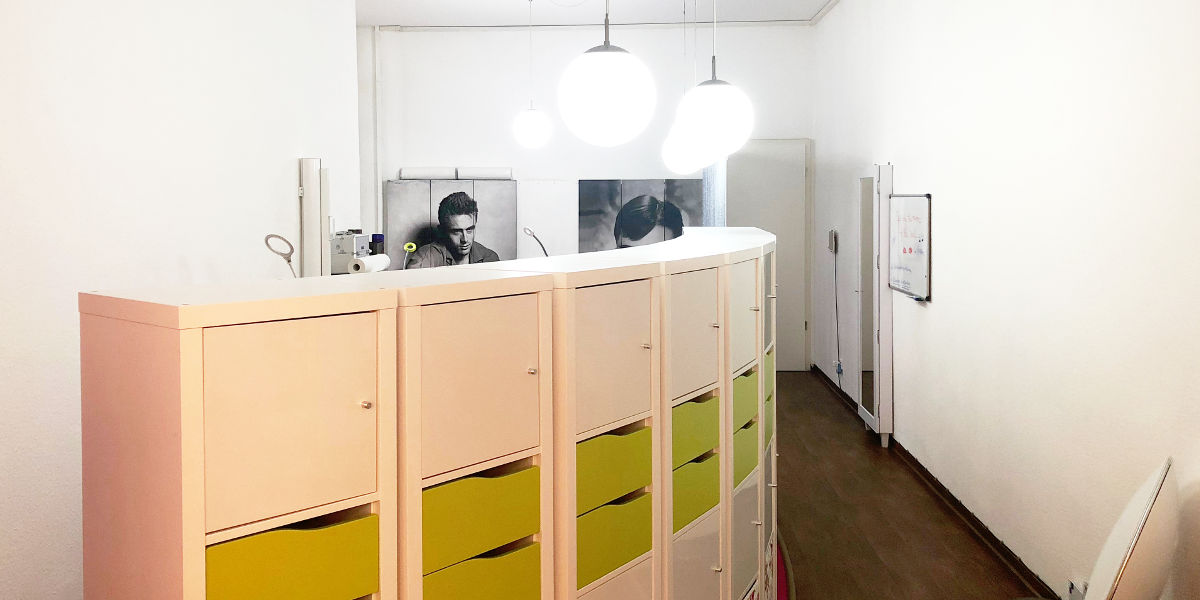 Only while stocks last: in order to make your eyelash appointment as easy as possible, we offer you your rapid test on-site. For treatments under € 100, we propose you the rapid test for 5€.

When booking, please include CORONATEST in the comments box so we can make sure we have a test kit in stock for you.

Of course, we also accept tests that you have taken elsewhere. A written confirmation that you have performed a rapid test with negative results at home is also sufficient.

You want to learn more about lash extensions? Read our interview.

We are very proud to be the best lash stylists in Berlin 🙂 Who says so? Our customers! Read more here.

Please take into account that the cleaning of your lashes is part of the treatment. If you come without mascara we will need less time for the preparations and will have more time for your extensions 🙂

Relatively thick single extensions are applied to your lashes using the one-on-one technique. The goal is a natural look.

Perfect for Make-Up enthousiasts and for special events or simply because you have a lot of lashes and it will just look perfect on you. 🙂

Refills for our customers

All our refills are based on 3D extensions so that your lashes can carry them over time. Only the best for  your lashes 🙂

The price is valid within four weeks following your last treatment, after that additional charges apply.

The effort needs to be evaluated on-site before making an appointment. Contact us by e-mail at [email protected] for your free evaluation. The proposed price includes a removal if needed.

Do you have questions concerning Microblading? Read more
here.

Microblading treatments cannot be booked online as a brief telephone conversation is necessary in order to prepare the appointments. Please call us or if we are not reachable, please write a short e-mail – we will call you back. Thanks 🙂

Appointment #1, approx. 3,5h: Style consulting, definition of your brows, creation of the brows

Appointment #2, approx. 1,5h, 4 weeks after the first appointment: Verification of the result, completion of the brows, if needed with an adjustment of the color

Appointment #3, approx. 1h, 4 weeks after the second appointment: Verification and perfection of your brows

Analysis of the results, application of strokes inside the current shape with slight adjustments if needed.

The price is valid within 12 months of your last appointment, afterwards surcharges might be applied.

For now we are not proposing refresh appointments on top of microblading done by other stylists.

Microneedling is an effective treatment against large pores, couperose, wrinkles and pigmentation issues.

Do you have questions on Microneedling? Please contact us.

Our 3D extensions must not be confused with industrial cluster lashes.

We are not using cluster lashes in any case as they already contain glue which doubles the weight your lashes would have to carry.

We compose every lash bouquet individually. Not only such bouquets are lighter, but also more durable as the extensions adhere directly on your lash.
We use extensions of different diameters (0.03-0.07mm) in order to adapt the bouquets to the strength of your lashes.

Flat extensions are single extensions that are just as light as 3D extensions. They are also almost as elastic. We like to combine flats in combination with 3D extensions as flats literally cling to lashes of a given diameter - that is why they are more durable. They are also darker at the base and give your eyes more expression. What matters most is the right mix. We combine both sorts with skill into a unique expressive and yet natural look.

Only the very best for your lashes 🙂 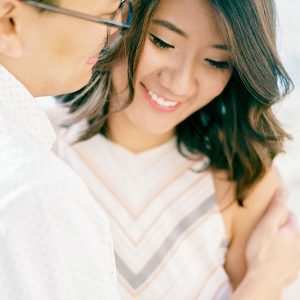 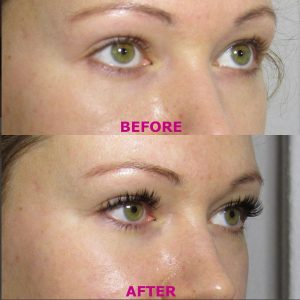 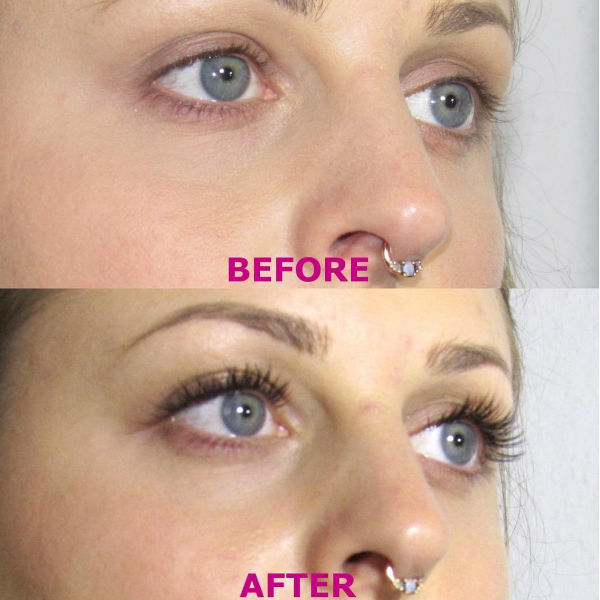 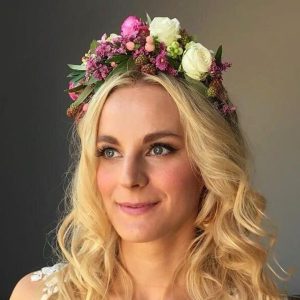 What have a French singer and Berlin streetart in common? Both are vital inspirations for our brand and logo. Read here a story on self-discovery and about lived passion.

Time for a new start

Everything started the moment when Isabelle had enough from the part-time jobs she worked in and when job agencies told her that she has no chance to be recruited as an accounting & management assistant – her previous qualification – now that she had taken a long “baby break”.

She did not like accounting anyway and and had only learned that trade as she loves challenges. So Isabelle decided to leave France one day. If you have to work odd jobs, why not at least learn another language?

If you want to be successful even if you do not master the local language then you need to learn a technical trade.

In her last part-time job Isabelle heard of lash extensions and wanted to have such fabulous lashes herself and decided to get trained by the Canadian luxus lashes brand Misencil. Obviously she could not set her own lashes, but she could realise her dream through her first customers in France.

Isabelle needed a name for her business and decided to adopt as a name “Les Yeux Revolver” – the name of a famous song from Marc Lavoine who was totally conquered by the revolver eyes of his lover.

A short year later everything kicked into motion. Isabelle’s husband Paul received a good job offer in Germany and so we expatriated ourselves – our Berlin adventure was about to begin.

After an adaptation phase Isabelle rebuilt her business from scratch while she learned German and while working on some odd jobs.

She increased her skills continuously and was one of the first stylists in Berlin to propose ultra-light 3D extensions.

Les Yeux Revolver became Revolver Eyes and our great logo was inspired by Berlin Streetart. And yes, you can read it in our logo – we love your eyes! 🙂

Isabelle rapidely trained her daughter Léa. Now Isabelle could also get fabulous lashes without having to go to the competition 🙂

A few years later Léa finished school and after an international exchange year in Taiwan she decided to become a professional lash stylist.

With two stylists at work it was time to open a boutique studio. Soon we found a place which used to be a French café (maybe a sign?) in Mainzer Straße. After some renovation works we equipped the place and there we are – Isabelle and Léa had their own studio! 🙂

Paul, a Microblading Calligraphist trained by Purebeau – the well-known German brand for permanent make-up, joined us and proposes Microblading as an additional service. From day one Paul leveraged his experience as a graphical designer and his “male” look for nice female brows. His perfectionism enabled him to progressively enhance the learnt techniques to a point that he proposes pain-free Microblading today.

We enjoy seeing our great customers every day and to give them the fresh and seducing look that every woman deserves.

Soft beauty beds with massage option and complimentary aromatherapy with organic essential oils on-demand guarantee deep relaxation. Enjoy music from one of the best sound systems of the world: Bang & Olufsen's A9

Our online booking system enables you to book and modify appointments 24/7.

We continuously improved our procedures for five years so as to ensure the best durability and comfort.

All about lash extensions

What is important to know?

Are there different techniques?

What are the advantages?

We want to answer all these questions. Read more in our interview.

Such a nice studio, massage chairs to lie in, super nice ladies, and AMAZING lashes. I moved here from LA and am very happy I found such a great place to keep up with my lashes. Excited to come back for my fill.

Amazing place to have your lashes extended, definitely the best place in Berlin to do it. So natural looking, super soft, and Isabelle is wonderful to consult with: she gives you exactly what you want. I've been coming here for 4 months, I love it! The price is totally reasonable and the sessions are relaxing and efficient. Highly recommended, 10/10!

Additional +40 reviews on Yelp for our old Home Studio

I've been to a couple salons in Berlin to get lashes extensions but was never really satisfied with my experiences. I didn‘t realize how poorly other salons did their lash extensions until I went to Revolver Eyes! The studio is very peaceful and nicely decorated. Lea did a fantastic work. I really appreciated how patient she was in making sure she knew exactly what kind of look I wanted before the appointment started. She is incredibly talented. The best lashes stylist in the city and I would give more stars if I could.

Our studio is 2 walking minutes away from U-Bahn station Samariterstraße (U5) – about 10 minutes by subway from Alexanderplatz.

Leave the subway direction Alexanderplatz and exit on the left.

Walk down Mainzer Straße for about two minutes direction Boxhagener Platz and you will find number 18 on the left side.

Registered businesses according to §14 GewO at Bezirksamt Friedrichshain-Kreuzberg Berlin.